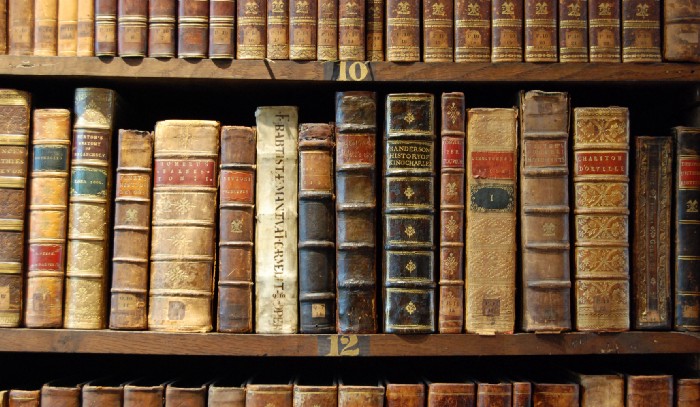 Note: There is no #11 in Top 10 shortlists so I had to keep some other amazing books out of this list … but I would love to learn what you think I am missing and made a dent on your universe?

… And now with a few more details:

“The leader is truly and ultimately responsible for everything.” ~ Jocko Willink

Two U.S. Navy SEAL officers who led the most highly decorated special operations unit of the Iraq War demonstrate how to apply powerful leadership principles from the battlefield to business and life.

Part I: Winning the war within

Note: People who liked this book have tendency also to like the sequel — The Dichotomy of Leadership: Balancing the Challenges of Extreme Ownership to Lead and Win (2018)

The Hard Thing About Hard Things: Building a Business When There Are No Easy Answers by Ben Horowitz (2014)

Note: People who liked this book have tendency also to buy Ben’s sequel — What You Do Is Who You Are: How to Create Your Business Culture (2019)

Start with Why: How Great Leaders Inspire Everyone to Take Action is a book by Simon Sinek (2009)

I assume everybody in the world already saw some version of the golden circle (a.k.a. why, how, what) and/or the ted talk … Start with why is a super simple yet very powerful influence model.

Note: People who liked this book have tendency also to like another Simon Sinek leadership book — Leaders Eat Last: Why Some Teams Pull Together and Others Don’t (2017)

Strengths Based Leadership: Great Leaders, Teams, and Why People Follow by Tom Rath (2008)

“A leader needs to know his strengths as a carpenter knows his tools, or as a physician knows the instruments at her disposal. What great leaders have in common is that each truly knows his or her strengths — and can call on the right strength at the right time. This explains why there is no definitive list of characteristics that describes all leaders.” ~ Donald O. Clifton, Ph.D (a.k.a. the father of strengths-based psychology and the grandfather of positive psychology)

The book explores the topic of leadership through the lens of strengths. In addition to discussing how different leaders can create success through the application of their own strengths; It also examined the specific emotional needs people have to experience with their leaders in order to feel engaged and connected to the organization and their day-to-day work. Through this research, the authors brought forth four key areas of focus: trust, compassion, stability and hope. When people feel those things, they feel more involved in their companies.

Note: People who liked this book have tendency also to like another Gallup book — First, Break All The Rules: What the World’s Greatest Managers Do Differently (2016)

The Toyota Way: 14 Management Principles from the World’s Greatest Manufacturer by Jeffrey Liker (2004)

… The two pillars of the Toyota way of doing things are Kaizen (the philosophy of continuous improvement) and respect and empowerment for people.

The 14 principles of The Toyota Way are organized in four sections:

The Five Dysfunctions of a Team: A Leadership Fable by Patrick Lencioni (2002)

Patrick Lencioni has coached and observed thousands of CEOs and Fortune 500 management teams. And in his work as the president of management consulting firm, The Table Group, he said he saw very clear patterns in the behavioral tendencies that constituted for the majority of team breakdowns. So clear, he wrote a 229-page book about it.

He suggests starting with these five questions about your team:

If you’ve answered “yes” to all five, you must be one incredible manager — great job! If you have answered “no” to any of these questions, you likely have some work to do.

“Great teams do not hold back with one another. They are unafraid to air their dirty laundry. They admit their mistakes, their weaknesses, and their concerns without fear of reprisal.”

The 5 dysfunctions are (proposed solutions in the book):

Good to Great: Why Some Companies Make the Leap and Others Don’t by Jim Collins (2001)

Collins and his research team identified a set of elite companies that had made the transition from good to great — and sustained that performance for at least fifteen years.

Collins identified several key characteristics in companies that made the leap from good to great.

Note: People who liked this book have tendency also to really like the sequels

p.s. Not all these “elite” companies survived the the next 20 years and therefore the sequels are also interesting

Covey presents an approach to being effective in attaining goals by aligning oneself to what he calls “true north” principles based on a character ethic that he presents as universal and timeless.

“The key is not to prioritize what’s on your schedule, but to schedule your priorities”

Only the Paranoid Survive: How to Exploit the Crisis Points That Challenge Every Company by Andy Grove (1988)

In Only the Paranoid Survive, Grove reveals his strategy for measuring the nightmare moment every leader dreads — when massive change occurs and a company must, virtually overnight, adapt or fall by the wayside — in a new way. … This is literally the 90s version for #Covid19 crisis management.

Peopleware: Productive Projects and Teams is a 1987 book on the social side of software development, specifically managing project teams… It is the first book I read as a junior software team leader that pointed out the People come first and not the software when building software… I think it is the first leadership book I read.